Pharmaceutical Nanotechnology: What to Know

Use of nanotechnology in the pharmaceutical industry is growing. When nanoparticles are employed as drug delivery systems, they can overcome many poorly water-soluble drug formulation challenges. They also offer key advantages in improving drug efficacy and decreasing adverse reactions. Here’s what you need to know about pharmaceutical nanotechnology today.

There has been some debate about the exact definition of nanotechnology within the scientific community. What size particle qualifies as “nano”? Should the term simply be used for any technology applied at the molecular or atomic level?

Setting this aside, nanotechnology is broadly defined as the molecular-scale engineering of functional systems. Nanotechnology systems have physical, electrical, and optical characteristics that make them uniquely appealing for use in various fields, from materials science to medicine and biology.

Some of the most common nanotechnologies include passivated isolated quantum dots, atomic layer deposition, molecular self-assembly, and nanolithography. Nanotechnology research and development is ongoing in many academic and industrial laboratories around the world, with the goal of producing materials and devices that have better structural and functional properties than those currently available.

While nanotechnology has the potential to disrupt many different industries, its use in medicine is where it’s likely to have the broadest reach.

Applications of Nanotechnology Products in Medicine

Nanomedicine is one of the most developed fields of nanotechnology. While pharmaceutical nanotechnology is a well-known application of nanomedicine, this field also encompasses innovations in disease detection and prevention through imaging and sensing. It holds promise in treating diseases through innovative medical devices, tissue engineering, and even cell repair machines. Research is quickly being leveraged into commercial products, which, in turn, is attracting more interest in research and investment.

Nanotechnology in the Pharmaceutical Industry

When we talk about pharmaceutical nanotechnology, it’s most often in the context of drug delivery systems. Indeed, drug delivery systems account for 75 percent of nanomedicine revenues. With nano-scale drug delivery, specific sites can be precision-targeted, improving a drug’s efficacy and reducing the potential for unwanted side effects.

In addition, nanotechnology has been demonstrated to improve the delivery of poorly water-soluble drugs, facilitate improved movement through epithelial and endothelial barriers, and extend the bioactivity of an active pharmaceutical ingredient (API) by providing protection against a destructive biological environment. Pharmaceutical nanotechnologies may also be used to combine therapeutics and diagnostics.

Pharmaceutical companies use nanotechnology to deliver both organic and inorganic compounds, which could include everything from metals to polymers and carbon nanotubes. Nanoparticles are currently being used in the development of biologics, chemotherapeutics, and immunotherapeutics, among other drugs, and they can be used to transport proteins, antibiotics, and vaccinations. Of particular note, nano chemotherapies can improve the overall efficacy of cancer treatment, while their ability to target a specific area significantly reduces harmful side effects in patients.

Advantages of Nanotechnology in Drug Delivery

Even before the nanoparticle pharmaceutical craze, it was well-known that the effectiveness of most drug delivery systems was dependent on the size of the particles. Smaller particles mean improved solubility and bioavailability; nanoparticles boast superior efficacy because of their size and large surface area. Unlike larger molecules, nano-scale particles can cross the blood-brain barrier and penetrate the skin, the endothelium of tumors, and the pulmonary system. 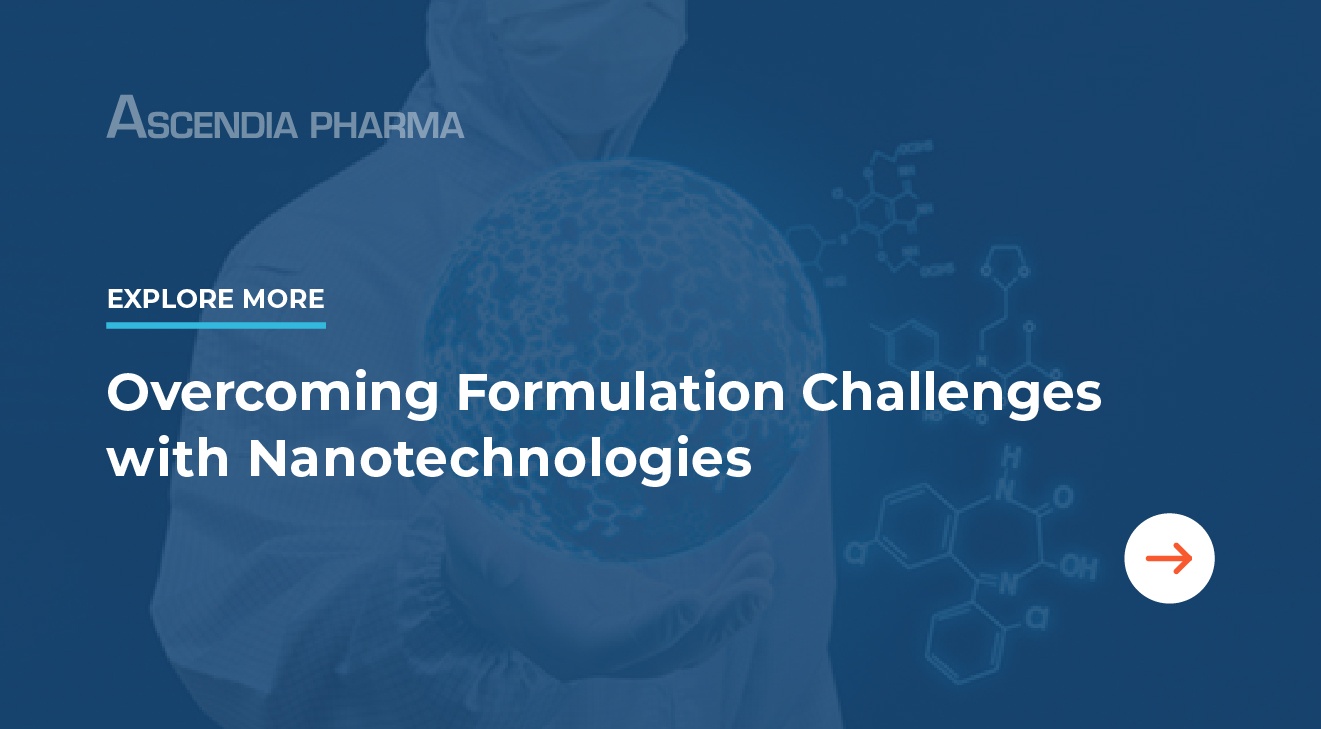 Nanoparticles are of particular use in parenteral drug formulations. Intravenous administration of conventional drugs has the potential to cause embolism, but nanoparticles are significantly smaller than even the smallest capillaries in the body, which means they decrease this risk.

The size of nanoparticles isn’t the only reason they show so much promise in the treatment of disease—most nanoparticles are also biodegradable. Using biodegradable polymers as nano carriers means they can be formulated so that they break down in specific physiological conditions; in other words, they can be triggered to release in a certain location of the body.

Similarly, a nanomedicine can be engineered to prevent endogenous enzymes from breaking it down. This can facilitate a controlled release, allowing a single targeted dose to be slowly released over a period of time. Controlled, sustained release reduces the frequency of drug administration, improves patient compliance, and maintains a constant level of an API in the body.

Types of Nanotechnology for Drug Delivery

We’ve discussed pharmaceutical nanotechnology broadly, but what does it look like in practice? These are the types of drug delivery systems being used in nanomedicine today.

Nanobubbles are formed at the nanoscale, and when they reach body temperature, they combine to form more-stable microbubbles. Gas nucleation at the hydrophobic surface in a supersaturated solution results in gas trapping, which forms plasmonic nanobubbles, bulk nanobubbles, oscillating nanobubbles, or interfacial nanobubbles. To date, nanobubbles have been successfully used in chemotherapeutic treatments.

Paramagnetic nanoparticles are used both for diagnostic purposes and for treatment. These particles are controlled with a magnetic field, and this technology can be used in the targeting of specific tissues and organs.

Quantum dots are semiconducting nanocrystal structures with an inorganic core and an organic shell; this shell is coated with zinc sulfide, allowing the particles to glow in certain light conditions. In medicine, quantum dots are being used for the transport of chemotherapeutic, biological, and non-biological agents.

Liposomes are self-assembling synthetic particles made from amphiphilic phospholipids. In these particles, an aqueous core domain is surrounded by spherical double-layered vesicles. Liposomes are one of the more widely-used nano drug delivery systems because they have desirable biocompatibility and biodegradability, and they are commonly used in clinical trials for proteins, cancer treatments, and siRNA transfer. 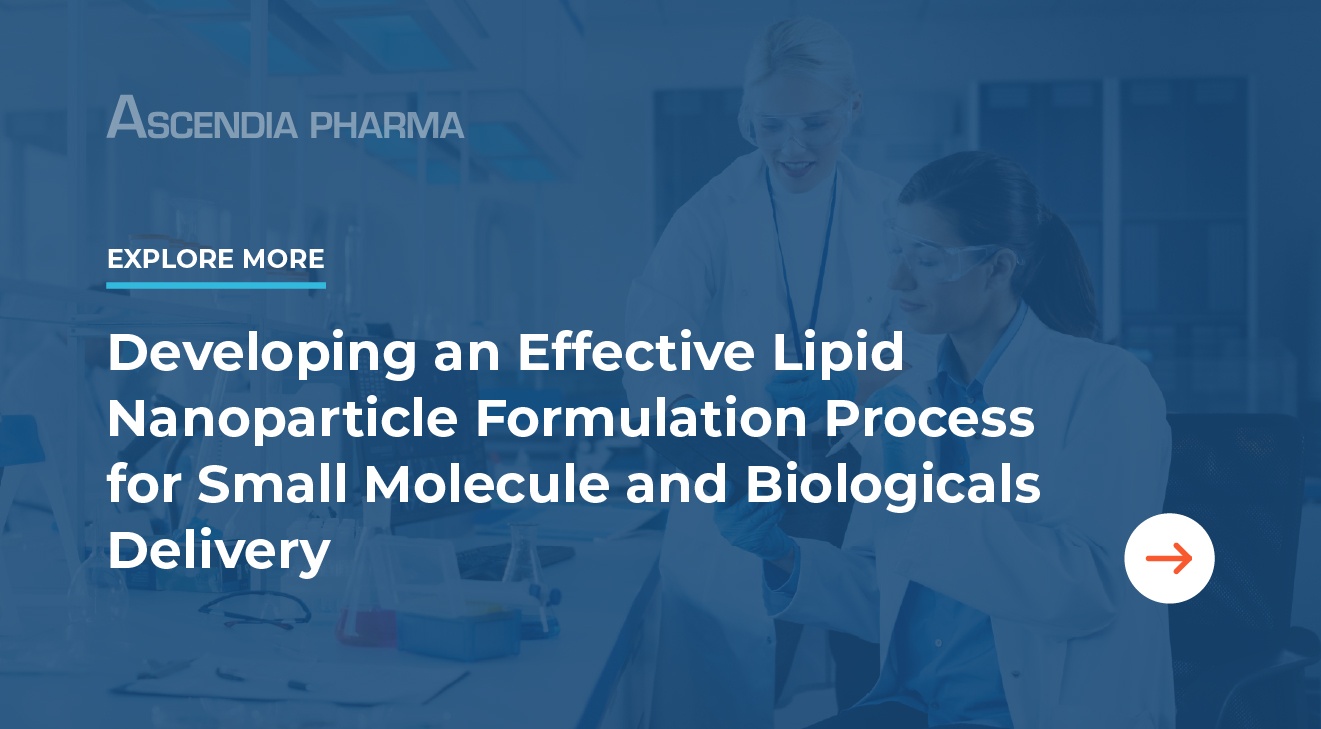 Niosomes are unique in that they can deliver both lipophobic and lipophilic agents. They’re highly stable and can be used as an alternative to liposomes, as they work in a similar way within the body. Potential uses for niosomes include the entrapment of potent drugs, antiviral medications, and anticancer treatments.

Nanocapsules are structures that carry and disseminate APIs through the polymeric matrix; once inside the matrix, a nanocapsule may be entrapped, dissolved, or encapsulated. They can be engineered in a variety of ways to customize medication delivery, which is why they may be particularly well-suited for cancer therapy.

Nanoemulsions improve the bioavailability of poorly water-soluble drugs. They’re non-homogenous drug delivery systems that involve two immiscible liquids; one of the liquids holds droplets of the other. Nanoemulsions increase oral bioavailability and allow for more uniform drug distribution once the medication reaches the gut.

Nanoshells have an outer layer of metal that encases a silica core, and they can be made in different sizes and shapes to target different conditions and areas of the body. Because they require only a small amount of precious metals in the outer layer, nanoshells are a relatively inexpensive technology. 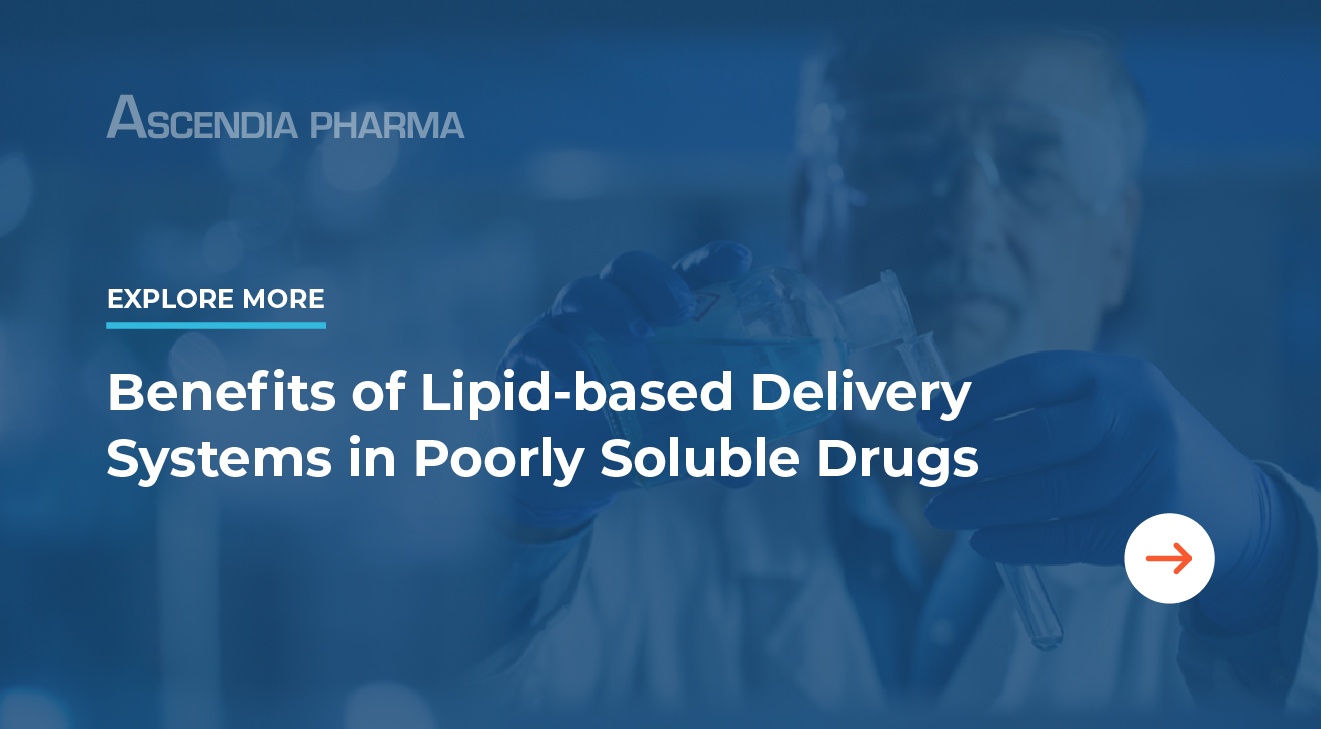 Dendrimers are a polymer with controllable size and shape and multiple branches. Because of their unique branched form, dendrimers are useful in drug entrapment and the delivery of bioactive compounds, including medicine, genes, and vaccinations.

Polymeric micelles are made up of lipophilic and lipophobic monomer units in a block copolymer. When used for drug delivery, micelles can improve the solubility of poorly water-soluble drugs, increase permeability, and reduce the side effects of medications. If delivered intravenously, polymeric micelles remain in the blood longer, as they are shielded from deterioration.

Ascendia: A Leader in Pharmaceutical Nanotechnology

Nanotechnology is the future of pharmaceuticals, so when searching for a contract development and manufacturing organization (CDMO), finding a partner at the forefront of using nanotechnology in the formulation of drug delivery systems is critical.

The team at Ascendia is experienced in nano formulations and the production of nano-sized drug particles, and our state-of-the-art facility has the equipment and analytical instrumentation needed for every phase of the development process.

To learn more about partnering with Ascendia, contact us today.