Drug formulation development is a make-or-break moment for new active pharmaceutical ingredients (APIs). During this development phase, an API is combined with excipients, and a dosage form is chosen. In this quick reference guide, we’ll share the steps involved in formulation development, the factors that must be considered during formulation, and how partnering with an experienced contract development and manufacturing organization (CDMO) can lead to a successful commercial product. 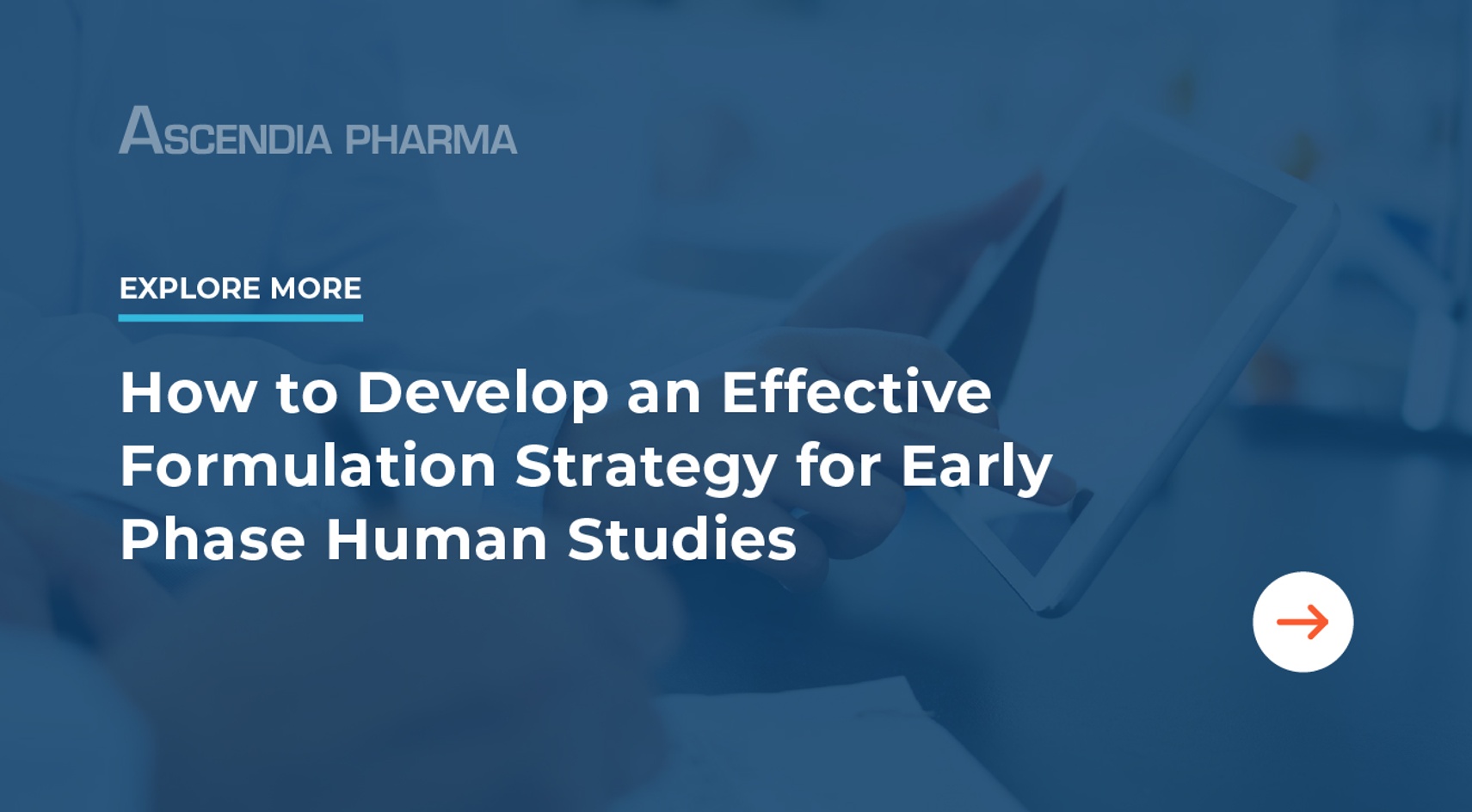 Before a drug goes to market, it needs to go through clinical trials, so drug formulation isn’t just critical for commercial success but also success in first-in-human studies and the safety of volunteers. Often, formulation work continues even after a suitable formulation is identified for Phase 1 clinical trials.

Factors in Choosing a Formulation

Naturally, efficacy and safety are the primary concerns when working on formulations. A drug cannot move out of the development stages without being safe and effective. There are other considerations when choosing a formulation, including manufacturing, cost, logistics, and marketing. The following factors impact these considerations:

A drug that is not physically or chemically stable is difficult to manufacture, ship, and store. Overcoming these challenges often comes at a high cost. It’s more effective to put in the work to find a stable formulation in various conditions and environments by conducting stability studies.

A drug formulation must maximize bioavailability while also keeping ease of administration in mind (see below). Parenteral and liquid forms would ensure all drugs have optimal bioavailability, but they won’t be a marketing success if patients find these formulations unacceptable. Formulation development means identifying the most widely accepted form with the most bioavailability.

A pharmaceutical company must also decide when, where, and how an API is delivered once a drug is taken. Most drugs begin to be broken down and absorbed after ingestion; parenteral drugs bypass the digestive system and are absorbed more quickly. Then, targeted delivery drugs deliver drugs only to the target site without impacting other tissues. Drugs with enteric coatings are broken down and absorbed in different parts of the intestines. At the same time, controlled-release formulations produce sustained concentrations of a drug by controlling the rate and time that a drug is released into the body.

Ease of Use or Administration

The final dosage form must be acceptable to patients for a drug to be successful. While a capsule or tablet is more desirable to most people than an injection, a liquid formulation may be necessary for pediatric patients; a formulation that must be taken three times a day is less desirable than one that can be taken once a day. Even during clinical trials, formulations that disrupt daily routines may prove to be an impediment, so the goal is always to choose a simple formulation to use or administer. 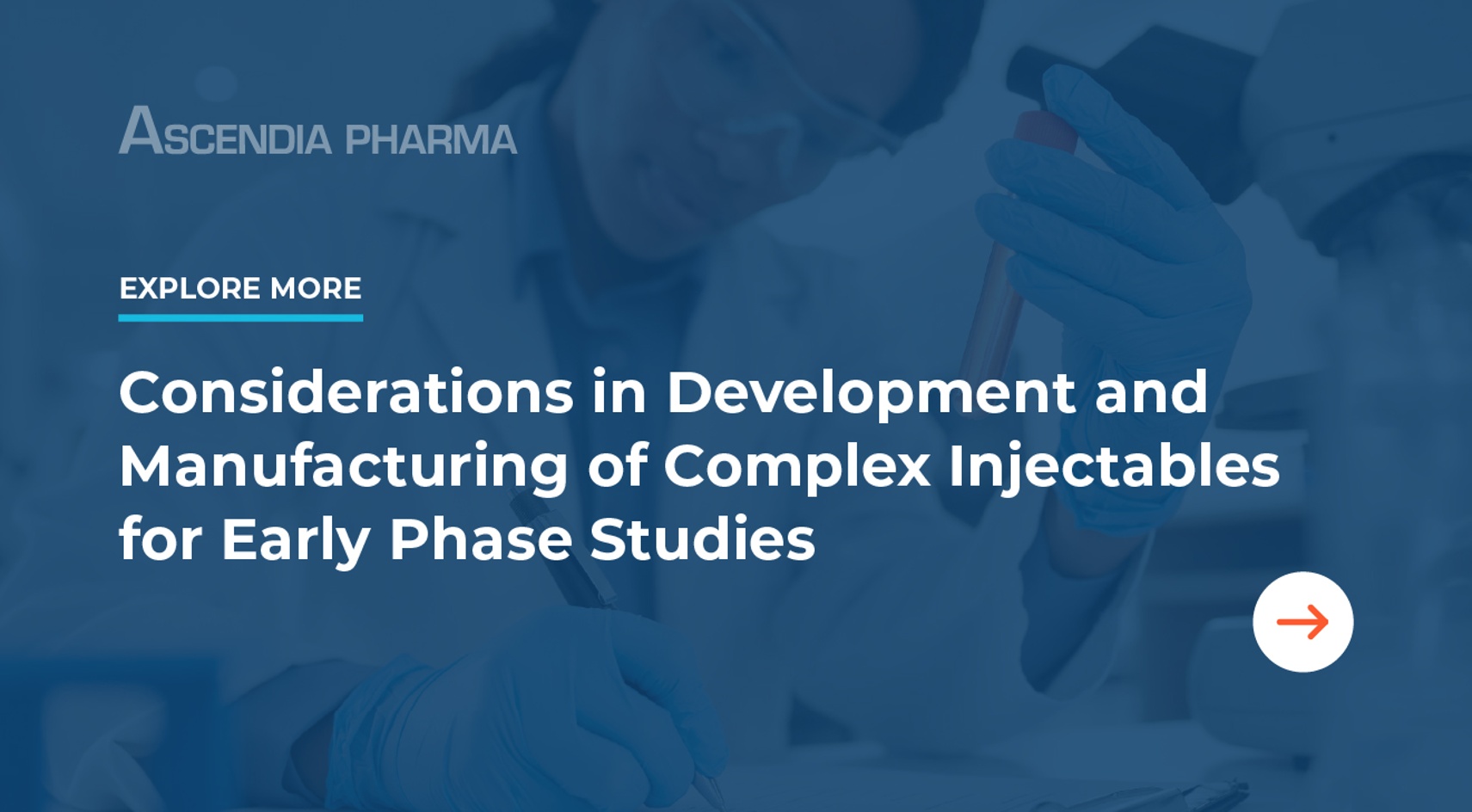 Of course, ease of use isn’t everything. When a drug is meant to treat a severe illness, or when there are no viable competitors on the market, people are more willing to use an inconvenient drug. This is why so many parenteral biologics have successfully launched in the past two decades: people are willing to tolerate injections when other options are not as effective.

What Happens During Formulation Development

The ideal outcome of formulation development is a product that meets all of the criteria above — it’s stable, highly bioavailable, and acceptable to the patient — but these factors may be weighted differently depending on the drug and the condition it’s treating.

Before formulation, preformulation studies are conducted to characterize an API’s chemical and physical properties. Once this data has been collected, excipients can be chosen. Then these excipients and the API are studied together to ensure that they are compatible and that combining these substances does not create the potential for harm. Researchers use preformulation studies to determine how a solution will behave in stress conditions like temperature extremes, freezing, thawing, and shear stress; once they know the types of stress that compromise a drug, they can begin work to mitigate them. 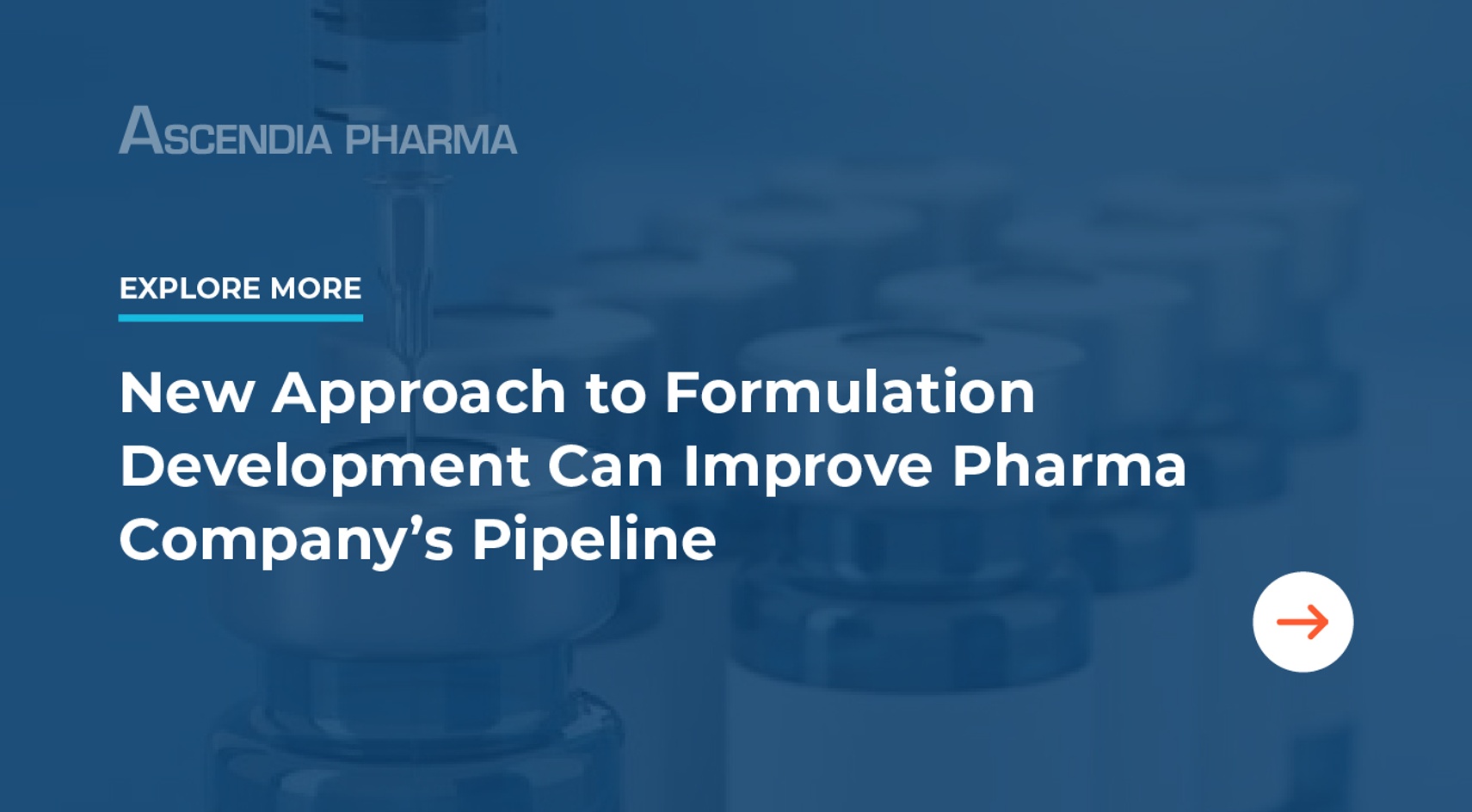 Formulation studies consider the particle size, polymorphism, pH, and solubility of a drug, each of which impacts a drug’s bioavailability. Drugs must be combined with inactive ingredients so that each dosage unit has a constant amount of the API; the dosage should be uniform in appearance, taste, hardness, and disintegration rate, and all of these factors must also be acceptable to patients.

Simple preparations are used for Phase 1 clinical research, which often means a CDMO hand-fills capsules with the drug being investigated and a diluent. While Phase 1 is underway, formulation studies proceed; long-term stability studies are not needed for simple Phase 1 formulation, as they are used within days of being manufactured.

Drug formulation development occurs throughout both Phase 1 and 2, but by the time Phase 3 is reached, the formulation used should be close to the formulation used in the market. Stability studies must be performed during this stage to ensure that the results of clinical trials are valid; these tests assess the impact of temperature, humidity, oxidation, and light on preparation and whether they cause degradation.

Another consideration during formulation is container closure, as drugs are stored in container closure systems for extended amounts of time. A formulation must be studied to ensure that it does not react with the blister, bottle, vial, ampule, syringe, or cartridge where it is stored. Formulation studies test packaging, adhesives, and labels to ensure no leaching or adsorption issues.

The route of administration is decided upon during formulation development. These include:

The definition of topical administration is a little less clear than the previous two forms. Sometimes, topical administration refers only to drugs that are applied to and meant to treat the same location — i.e., an acne cream applied directly to the face. Other times, a broader definition is used, and topical also includes drugs administered transdermally but have a systemic distribution. Regardless of the definition, administering a drug topically is another drug formulation option.

The advantages of using a CDMO for formulation include:

CDMOs are used to working with tight timelines and have the resources to hit the ground running, rather than spending valuable time assembling a team, establishing supply chains, etc.

CDMOs that support discovery and preclinical research must have expertise in pre-formulation, formulation, and biopharmaceutics. They should also have proprietary methodologies to develop formulations from small quantities of an API for different routes of administration.

At Ascendia, our team of experts has decades of experience, education, and in-depth knowledge relating to drug formulations. We specialize in difficult-to-formulate drugs, including biologics, complex generics, nanoformulations, parenteral formulations, and poorly soluble and low bioavailability drugs.

When choosing a CDMO, it’s critical to select a partner that can utilize multiple technologies at the same time to address compound challenges. Specialization in certain drug types or overcoming common challenges is desirable, but proficiency in (and reliance on) a single technology is not.

Ascendia has developed three patented nanotechnologies to help us produce successful formulations so our clients can get their drugs to market faster. The advantage of nanotechnology is that it’s versatile enough to use with a wide variety of drug delivery platforms, including oral solids, liquids, gels, topicals, long-acting injectables, and implants.

If you’re interested in getting the inside scoop on drug formulation development from a specialty pharmaceutical CDMO, download “Drug Formulation Development Process: Notes from a CDMO” here: https://landing.ascendiapharma.com/drug-formulation-development-processs

We’re ready to hit the ground running, so contact us today.