Liquid Capsule Manufacturing: What to Know

There are two options for oral-solid dosage drugs: tablets and capsules. Because tablets are simply a compressed solid form of a medication, they often taste bitter or otherwise unpleasant, which can make them challenging for people who have difficulty swallowing pills. In contrast, capsules surround a drug in an unflavored, solid barrier enclosure. There are a number of different types of capsules, but here we’ll focus on liquid capsule manufacturing and its advantages.

While tablets and hard-shelled capsules filled with dry, powdered ingredients are the most common type of oral dosages, liquid capsules are becoming increasingly common, particularly as more poorly soluble molecules enter the small molecule drug development pipeline. Poorly soluble drugs are difficult to formulate as tablets, making them ideal candidates for being formulated into liquid-filled capsules.

A typical capsule filled with dry ingredients is made with two halves — one half has a rim that is smaller in diameter than the other, so the other half’s larger rim can fit over it and seal the capsule. These capsules are made with gelatin or other gelling agents like hydroxypropyl methyl-cellulose (HPMC). Gelatin capsules are flavorless, odorless, and affordable.

Capsules that are filled with liquid can also be hard capsules made from gelatin or HPMC, but there’s another option, too: softgel capsules. Like hard capsules, softgels are often made with gelatin, but the formulation requires a more flexible, plasticized exterior than hard gelatin capsules.

Unlike hard capsules, which are made with two halves, softgel capsules have only one piece and are hermetically sealed. While hard capsules are cylindrical, softgels can be round, oval, or tubular. Softgels tend to dissolve faster, as the capsule shell material is more quickly broken down in the stomach, while hard capsules may require 30 to 60 minutes to dissolve.

The liquid capsule pharmaceutical manufacturing process varies depending on the type of capsules involved; hard capsules and softgel capsules are made differently and require different equipment.

Because hard capsules are made with two separate capsule pieces, they require a two-step manufacturing process. The capsule halves are fabricated by one type of machine, and then filled by another machine. In contrast, softgels are made by a single machine that fabricates, fills, and seals the capsules.

Manufacturing liquid capsules starts by suspending or dissolving the active pharmaceutical ingredient (API) in a heated kettle and adding excipients when necessary for improving bioavailability, ensuring equal distribution throughout the liquid, or keeping an API contained. Typically, these excipients are mixed glycerides, triglycerides, co-solvents, surfactants, or substances that enhance solubility.

This liquid formulation is dispensed through capsule filling machines that fill either the two-piece hard capsules or softgel capsules. When hard capsules are used, they are sealed to prevent them from leaking. This is either accomplished through band sealing, which seals the area where the two capsule halves meet with a colored band, or by applying a fine spray of sealing solution along the area being sealed. Band sealing doubles as tamper-evidence, as it is apparent when a seal has been broken.

Why Liquid Capsule Manufacturing Is in High Demand

Despite disadvantages like more expensive components, a cumbersome manufacturing process, and greater difficulty in achieving high dosage strengths, capsules are incredibly popular dosage forms. In fact, the consumer popularity of the dosage form itself is one of many reasons why liquid capsule manufacturing is in high demand:

People prefer capsules because they have no unpleasant taste, bitterness, or odor; their smooth exterior makes them easier to swallow, and they are less likely to irritate the esophageal lining. Market research has shown that consumers prefer medications in capsule form, and that they are commonly perceived to work faster and better.

One of the reasons capsules are perceived to be more effective is that they often are — softgel capsule shells in particular can break down in the stomach in as little as 20 to 30 minutes, delivering faster results, which can be important when it comes to pain medications, antacids, and other drugs meant to address acute symptoms or conditions like coughs, headaches, and heartburn.

Liquid fill capsules are also better absorbed than tablets, as once the outer shell is broken down, the liquid inside can be absorbed by the body. This can make them more predictable than tablet formulations, which may have lower bioavailability. 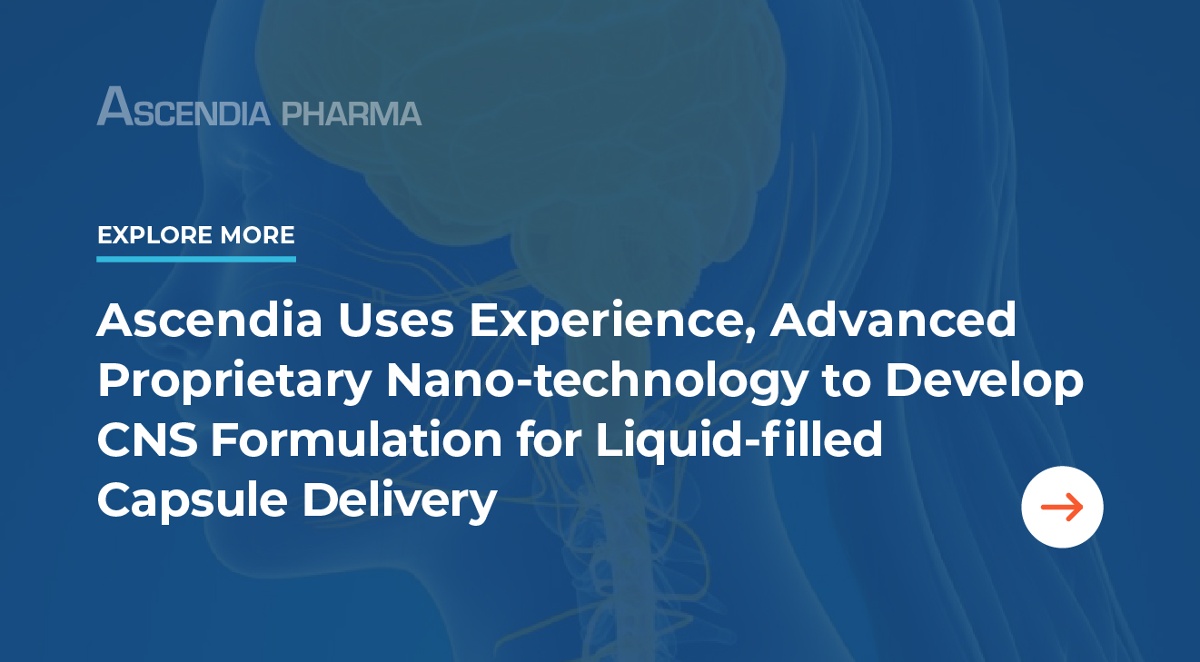 Another noteworthy advantage of capsules is that they are easier to formulate and thus faster to develop and manufacture. Indeed, the process of manufacturing capsules involves fewer steps and excipients. Some APIs can be filled directly into capsules, and capsules are also a solution for poorly compressible drugs and poorly water-soluble drugs.

Although there remain some vulnerabilities to environmental conditions, the encapsulation process does not subject a drug to high temperatures or pressure, making it a good choice for drugs that are heat-sensitive. For light-sensitive drugs, capsules can be made opaque.

Liquid capsules expedite the process of developing and testing a drug. Because they require fewer excipients and a simpler process, they can be ready for clinical research quickly. Small batches can be filled by hand, and dosage adjustments are straightforward. Capsule production is easy to scale for different phases of clinical trials; assuming a drug is approved, scaling from producing clinical trial materials to manufacturing for market is also easy.

When an API requires a low dosage or has high potency, liquid capsules allow for better uniformity than capsules filled with solid formulations.

There’s a lower risk of cross-contamination during the liquid capsule manufacturing process, and also a reduced opportunity for airborne human exposure to highly potent drugs. (It’s estimated that over 25 percent of all drug products in development have highly potent or toxic APIs, while over 70 percent of oncology drugs have highly potent or toxic APIs.) Liquid fill capsule formulation eliminates the need for specialized containment protocols and equipment for these drugs, reducing overall manufacturing costs.

Changing the composition of the capsule can change the dissolution profile of a drug, making it suitable for a sustained release formulation. This, combined with the chosen excipient(s), will alter the release rate of an API so as to minimize side effects while maximizing its effectiveness.

Related to this, liquid capsules can allow for variable release within a single dosage form; this can be achieved with a capsule-in-capsule formulation, which involves encapsulating a smaller capsule in a larger liquid fill hard capsule. This technology also allows pharmaceutical companies to develop combination products with two actives delivered in one dosage form.

When a drug must be delivered to the colon or a specific intestinal site (i.e., the duodenum, jejunum, or ileum), liquid fill hard capsules can be manufactured with enteric protection to keep them from degrading while passing through the stomach. These capsule shells can be formulated to dissolve at a specific pH range for targeted release, optimizing the drug’s absorption.

Anticounterfeiting measures are becoming increasingly important to pharmaceutical companies, and capsule manufacturers can meet this challenge by printing capsules in multiple colors, with the option of brand logos, names, and even graphics on the capsule exterior. These features are difficult for counterfeiters to duplicate.

If you’re searching for a contract development and manufacturing organization (CDMO) to handle liquid capsule manufacturing for your pharmaceutical company, it’s important to find a partner that offers expertise, experience, and a complete range of services. By partnering with Ascendia, you’ll have access to:

• Support through the entire development process, from formulation to clinical trials and manufacturing for the market. We offer rapid development through phase I CTM to get your drug to market sooner.

• Skilled dosage form development. Our oral dosage formulation services include the ability to granulate and blend capsule batches for immediate or modified release.

A team of experts that specializes in working with challenging APIs, complex generics, controlled release, and nano-technology approaches to developing novel pharmaceutical products.

Learn More About Partnering with Ascendia for Liquid Capsule Manufacturing

If your pharmaceutical company is looking for a CDMO with the ability to manufacture liquid capsules, contact us today to learn more about our services.