Capsules are a common oral dosage formulation favored by both consumers and pharmaceutical companies. While consumers appreciate that capsules are tasteless and easy to take, the pharmaceutical industry appreciates the streamlined development timelines and simplicity of manufacturing. In this article, we’ll discuss capsule formulation development, along with the benefits of using capsule dosage forms.

Capsules differ from tablets in that tablets are compressed forms of a medication, while capsules contain a drug. By putting an active pharmaceutical ingredient (API) and excipients inside a capsule, pharmaceutical companies can mask unpleasant tastes and ensure that a drug is delivered when and where it needs to be. In addition, capsule dosage forms are often used in preclinical and clinical studies for their ease and simplicity, even when a final form will likely be a tablet.

There are a number of different capsule dosage forms, each with its distinctive advantages, strengths, and weaknesses. They include:

Hard capsules were once primarily used for dry solid ingredients (powders, pellets, granules, or even tablets), but they are being increasingly used to deliver liquids and semi-solid pastes or suspensions. Liquid formulations must have low viscosity to prevent leakage.

Hard shell gelatin capsules are common, but capsules can also be made with hydroxypropyl methyl cellulose (HPMC), carrageenan, and other non-gelatin ingredients.

Hard capsules are made with two halves; one half is filled with the powder or liquid, and then the other half, or cap, is fitted onto it. The place where the two halves meet is sealed with either a sealing solution or a band.

Softgels are another option for capsule dosage forms. While hard capsules still dominate, soft gelatin capsules are often used for neat substances like oils, solutions dissolved in a carrier oil, or semi-solid suspensions or pastes. There are also a number of medications that cannot be delivered in softgel form because they are water soluble, which can compromise the shell.

The softgel capsule shell is softer than that of hard capsules (as is obvious by the name), but also thicker; it typically contains a plasticizer like sorbitol, glycerine, or ethylene glycol for this unique combination of softness and durability. Soft gels are manufactured as ovals, cylinders, spheres, tubes, and even in pear shapes.

Hard capsules can be formulated and filled by hand for small batches, but softgels require specialized manufacturing equipment, so they are less likely to be chosen for small production runs.

Another way to expedite the release of a drug is to pierce very small holes into the capsule, or by adding citric acid and sodium bicarbonate or a small amount of sodium lauryl sulfate.

Enteric capsules are a common type of modified release capsule that can be formulated either as a hard capsule or soft gelatin capsule. In this case, the capsule is formulated to withstand the stomach acid and only begin to break down once it reaches the intestine, which has a higher pH.

Enteric capsules are formulated with cellulose acetate phthalate, waxes, fatty acids, esters, or a combination; enteric capsule shells are soluble in alkali, but not acid.

The disadvantages of capsules can include more expensive components, cumbersome manufacturing, and greater difficulty in achieving high dosage strengths. However, when deciding the best form of a drug, capsules often win out.

The advantages of capsule formulations include:

• They’re smooth and easy to swallow.

• Capsules are a well-known and accepted dosage form among global regulatory agencies.

• Capsules are easier to store and transport than other drug formulations.

One of the first steps in the capsule formulation process is to determine whether a hard shell gelatin capsule or soft gelatin capsule is preferable. This is accomplished through data gathered in preformulation studies, which help us understand the physical and chemical characteristics of an API. Because softgels have a number of limitations, it’s more common for drugs to be formulated as hard capsules; hard capsule formulations also have the advantage of getting drugs ready for clinical research and, eventually, to market faster. 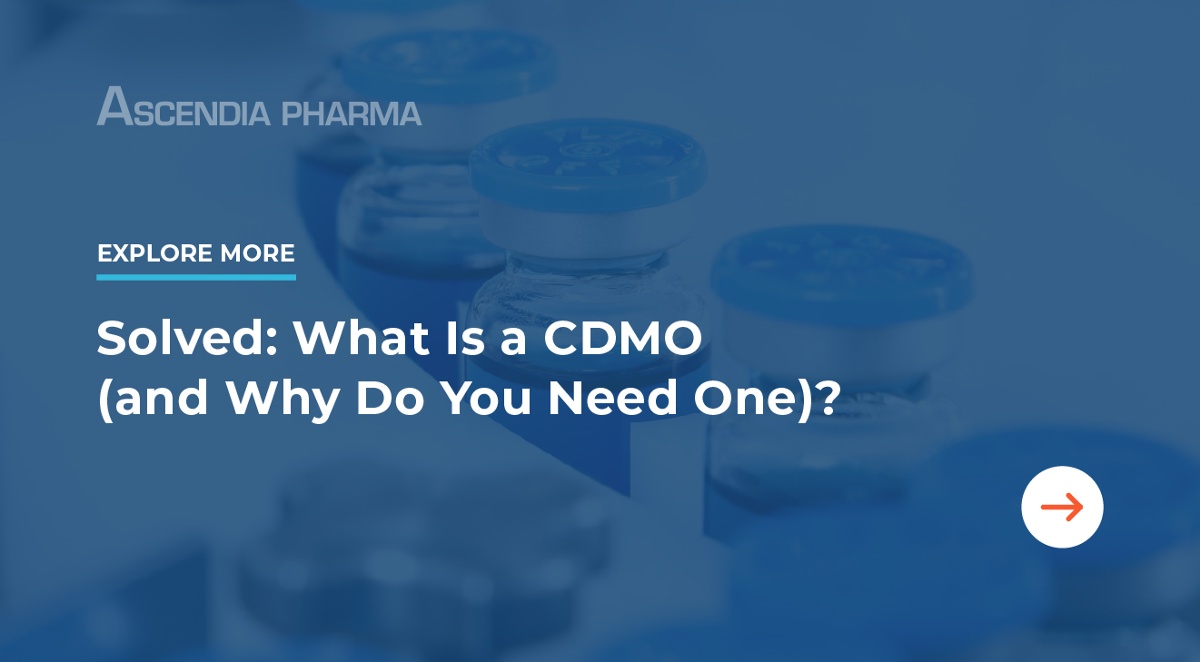 Another important step in formulating capsules is choosing excipients. For a typical powder-filled hard shell gelatin capsule, an excipient could be a diluent (lactose, corn starch), lubricant (magnesium stearate), wetting agent (sodium lauryl sulfate), or disintegrates (sodium starch glycolate). Excipients are also chosen based on the data we gather in preformulation studies.

Formulation also means answering questions about the size and shape of the capsule, the fill weight, and whether controlled release or other considerations must be made. Often, an experienced contract development and manufacturing organization (CDMO) can work on formulations and stability studies while preclinical toxicology studies are occurring in order to streamline the development process.

Methods of filling capsules vary depending on where a drug is in the development process.

Initial formulation is often performed manually in a laboratory; even formulations for phase I clinical trials are commonly filled by hand or using low-cost capsule boards. As production ramps up, hard shell gelatin capsules can be made semi-automatically or automatically with capsule filling machines. The hard gelatin capsules are fabricated via dipping, rotation, drying, stripping, trimming, filling, and joining. Automated filling machines are a significant investment, which is why partnering with a CDMO increases the cost-efficiency of manufacturing for pharmaceutical companies.

Soft gelatin capsules are filled at the same time they are produced, using a single rotary die encapsulation machine to form, fill, and seal the capsules. Two flat ribbons of the capsule shell are manufactured on the machine and joined on a twin set of rotating dies; the dies cut the ribbons into a two-dimensional shape and form a seal along the outside while a pump simultaneously fills the capsule through a nozzle in a heated filling wedge. Once the encapsulation process is complete, softgels must be dried for a minimum of two days before being packaged and shipped.

Automation for clinical and preclinical research results in reduced labor time, shorter development time, less cleaning, lower risk of cross-contamination, and reduced wastage; automating these phases may not be a possibility for every drug or every pharmaceutical company, but finding a CDMO with these capabilities is recommended.

Once filled, capsules must pass various inspections before being sent to clinical trial sites or going to market. Inspectors will visually examine the capsules for irregularities in shape, size, color, and shell thickness, but there are also some specialized tests that must be conducted in a laboratory:

• Disintegration test, which suspends a capsule in a tube and moves it up and down to determine if the drug will break down completely when ingested.

• Leakage test, which ensures that the contests of a capsule will not be lost during shipment and storage.

• Capsule stability, which is meant to ensure that a capsule can withstand environmental changes without becoming compromised.

Ascendia Pharma is a CDMO that offers support in the development of solid oral dosage forms, including capsules. Our specializations include:

• Formulations for poorly soluble and low bioavailability drugs to help you bring your molecule to market faster.

• High potency molecules that present challenges for creating homogenous formulations and for safe handling during manufacture. 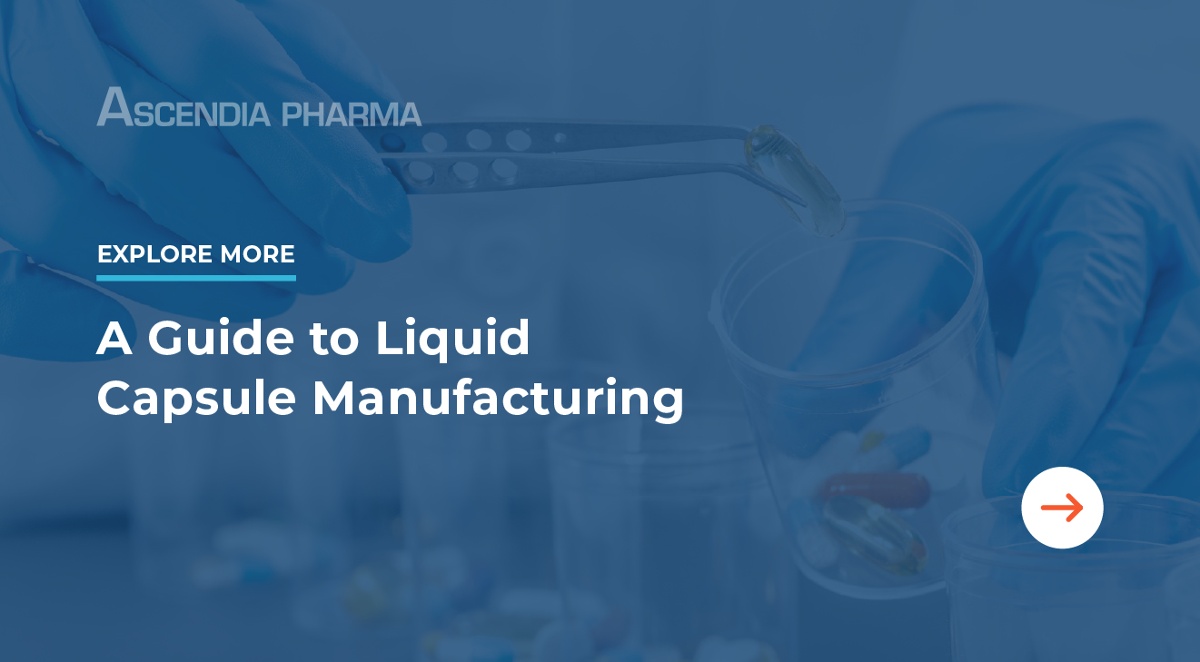 We manufacture cGMP clinical batches for early-stage clinical studies, and we have the capability to make both immediate release and modified release capsules. All of our manufacturing takes place in a qualified ISO 7 cleanroom, and our hard and liquid capsule manufacturing equipment includes:

We also have chambers for conducting both non-GMP and cGMP stability studies in accordance with ICH guidelines, allowing us to determine the robustness of formulation prototypes during early development, assess the chemical and physical integrity of a formulation, and make sure final formulations meet the stability requirements for commercial products.

Learn More About Partnering with Ascendia